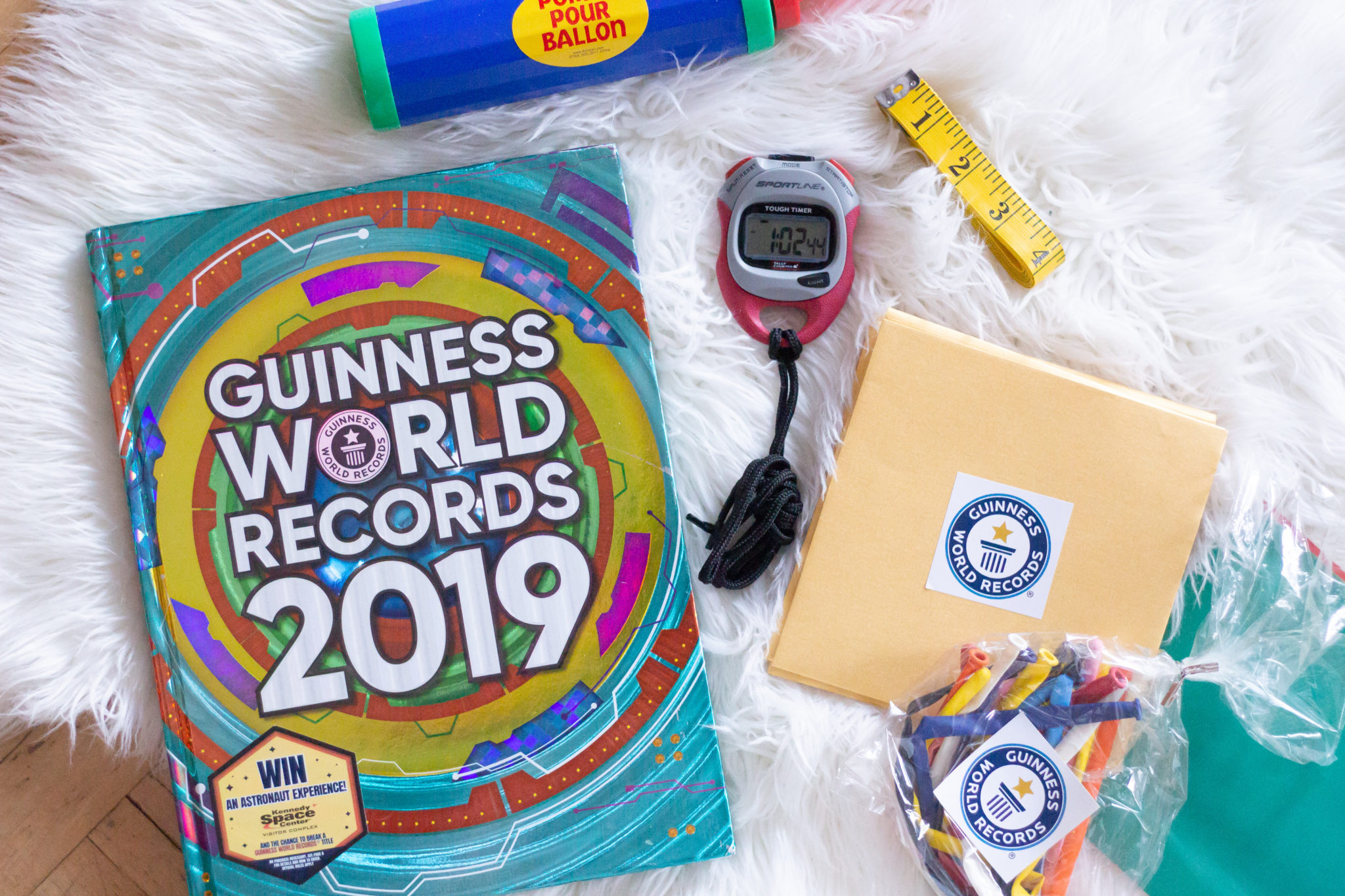 This post is in collaboration with Guinness World Records, but all opinions are mine.

On the back of the Guinness World Records books, there is a Do Try This At Home section with some easy (ish) challenges. One of the challenges in the 2019 Guinness World Records book is the fine art of balloon modeling. Only problem? After a few failed attempts, we concluded that making balloon animals isn’t something that we’re good at! Instead, we decided to see which one of us could blow the balloon the fastest. 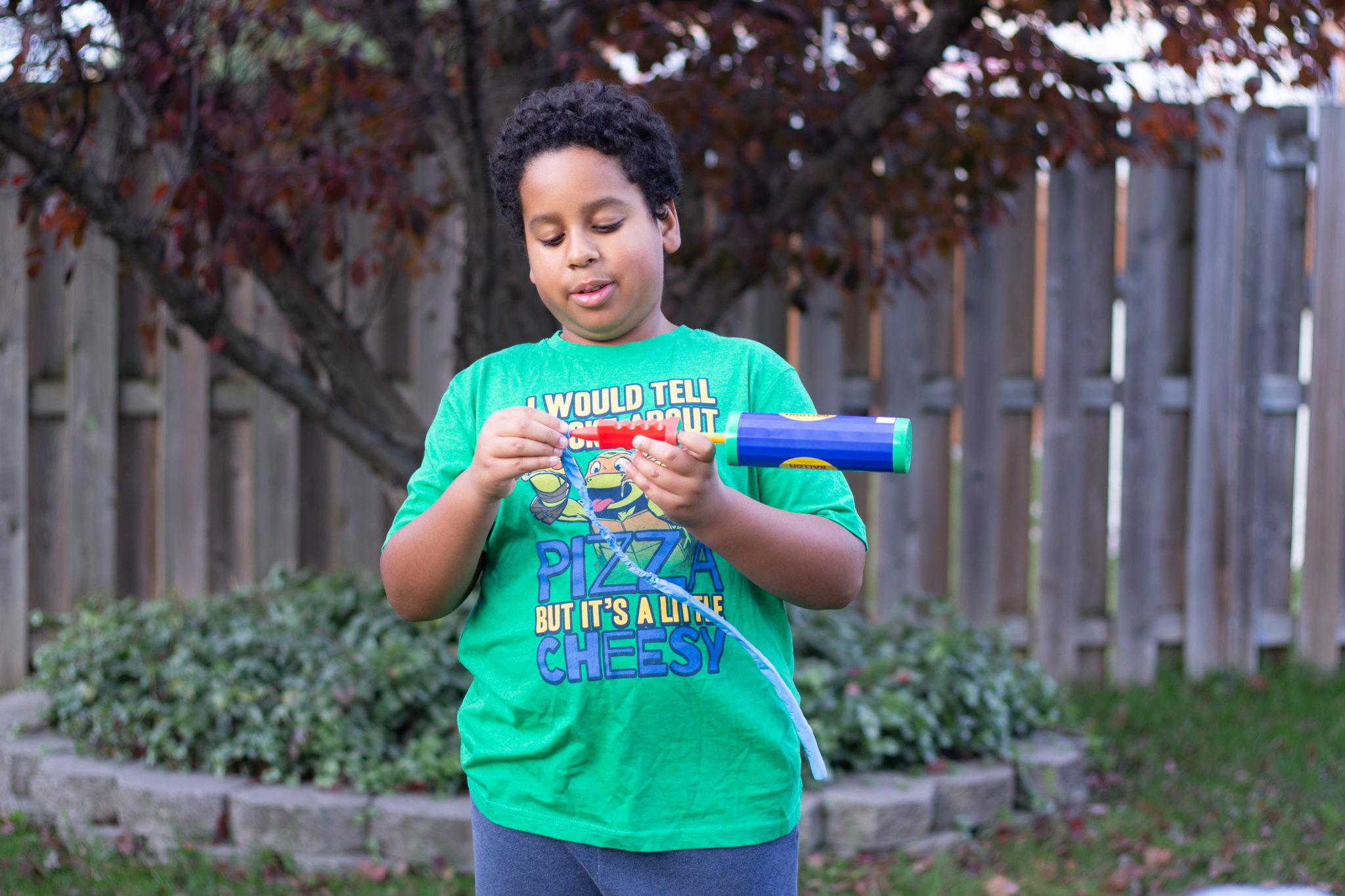 My son had the honor of trying our revamp challenge first. After using the pump for 10 seconds, his balloon flew away because he wasn’t holding it tight enough.

Demo went next! It took him 25 seconds. I thought that was pretty impressive since, after six pumps, my balloon popped! Even uncle Rene joined in on the fun and had a turn! Since Jazzy didn’t meet the requirement to enter the challenge (must be able to use the balloon pump lol ), she was in charge of passing the balloons around to the contestants. 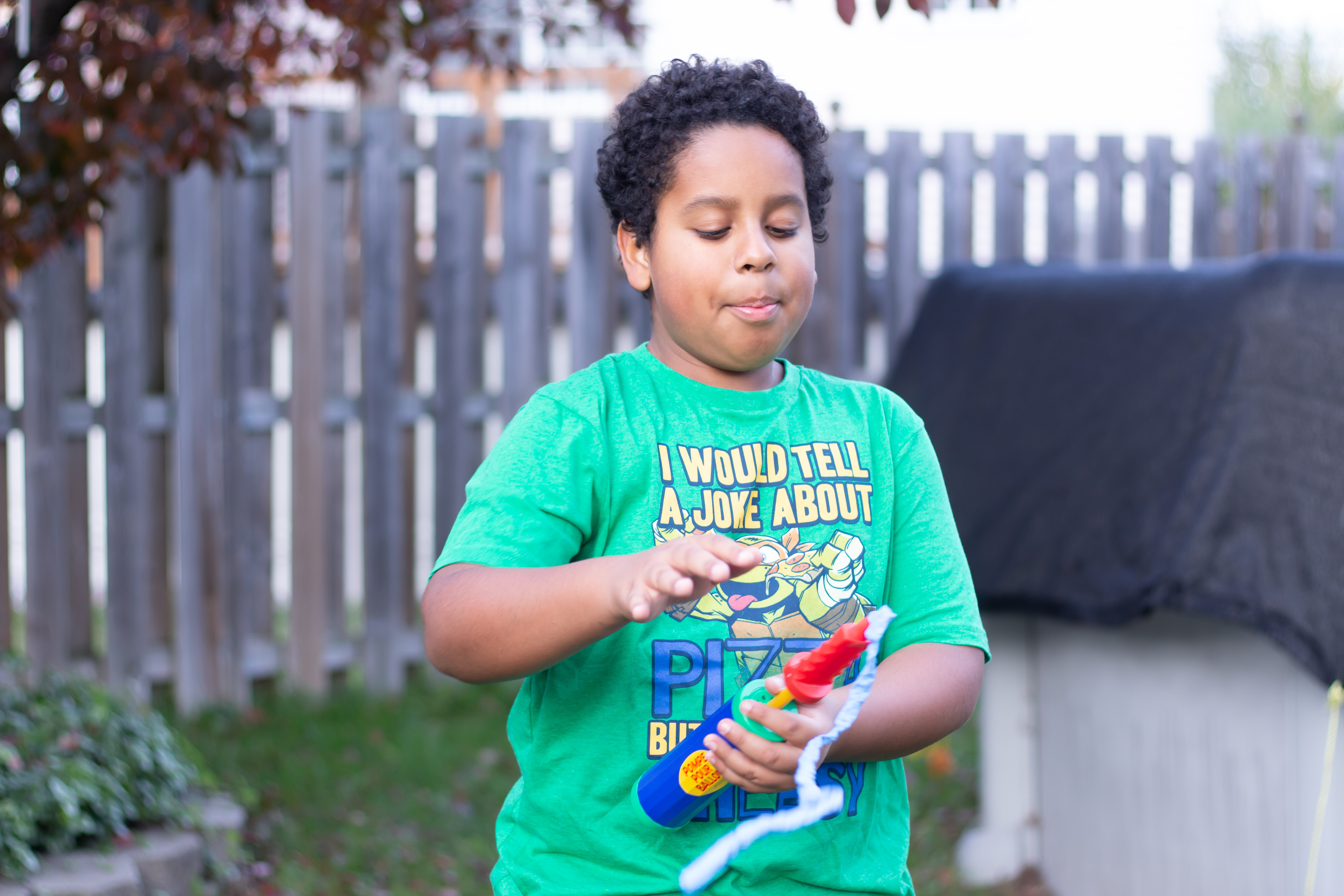 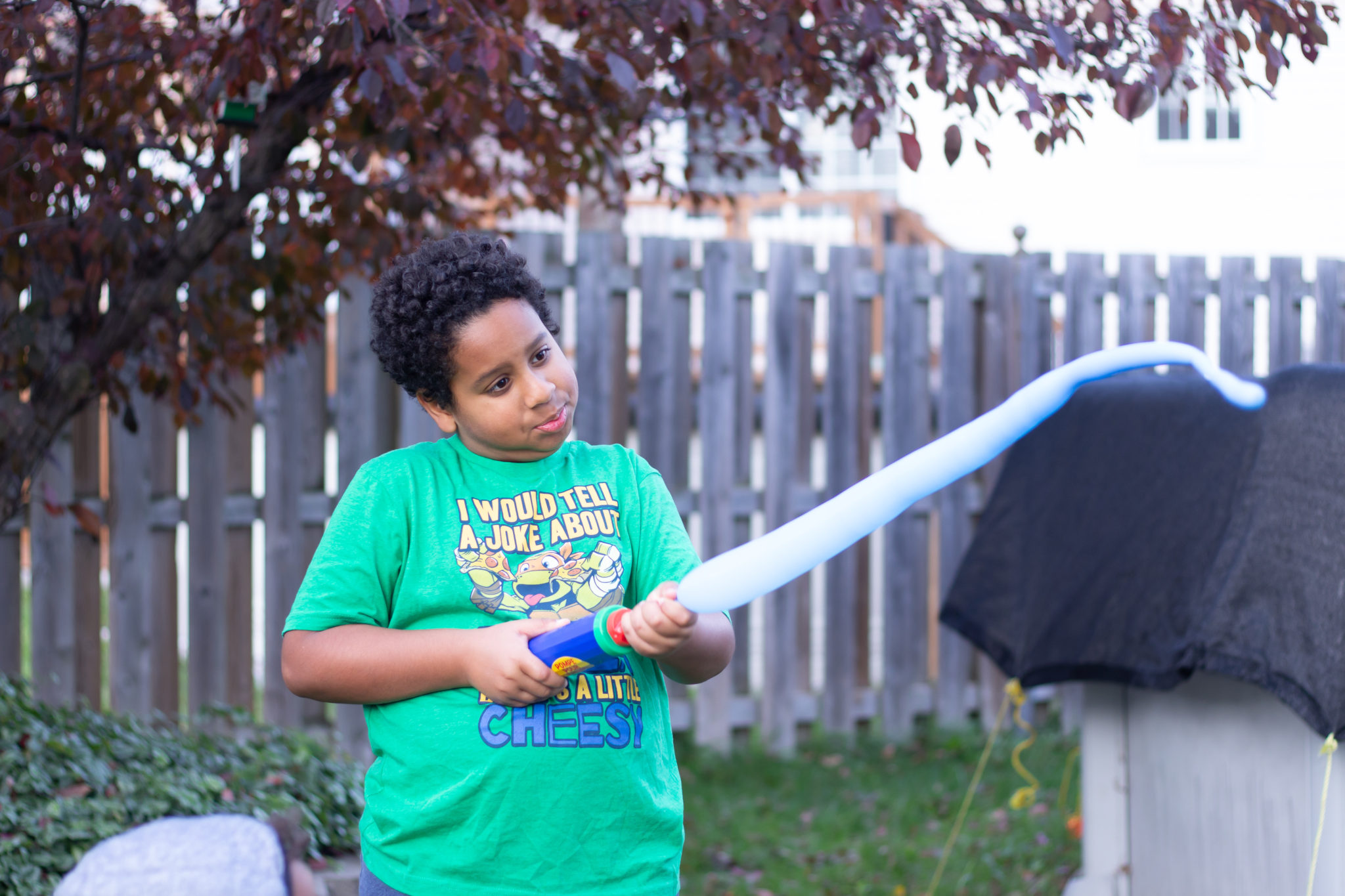 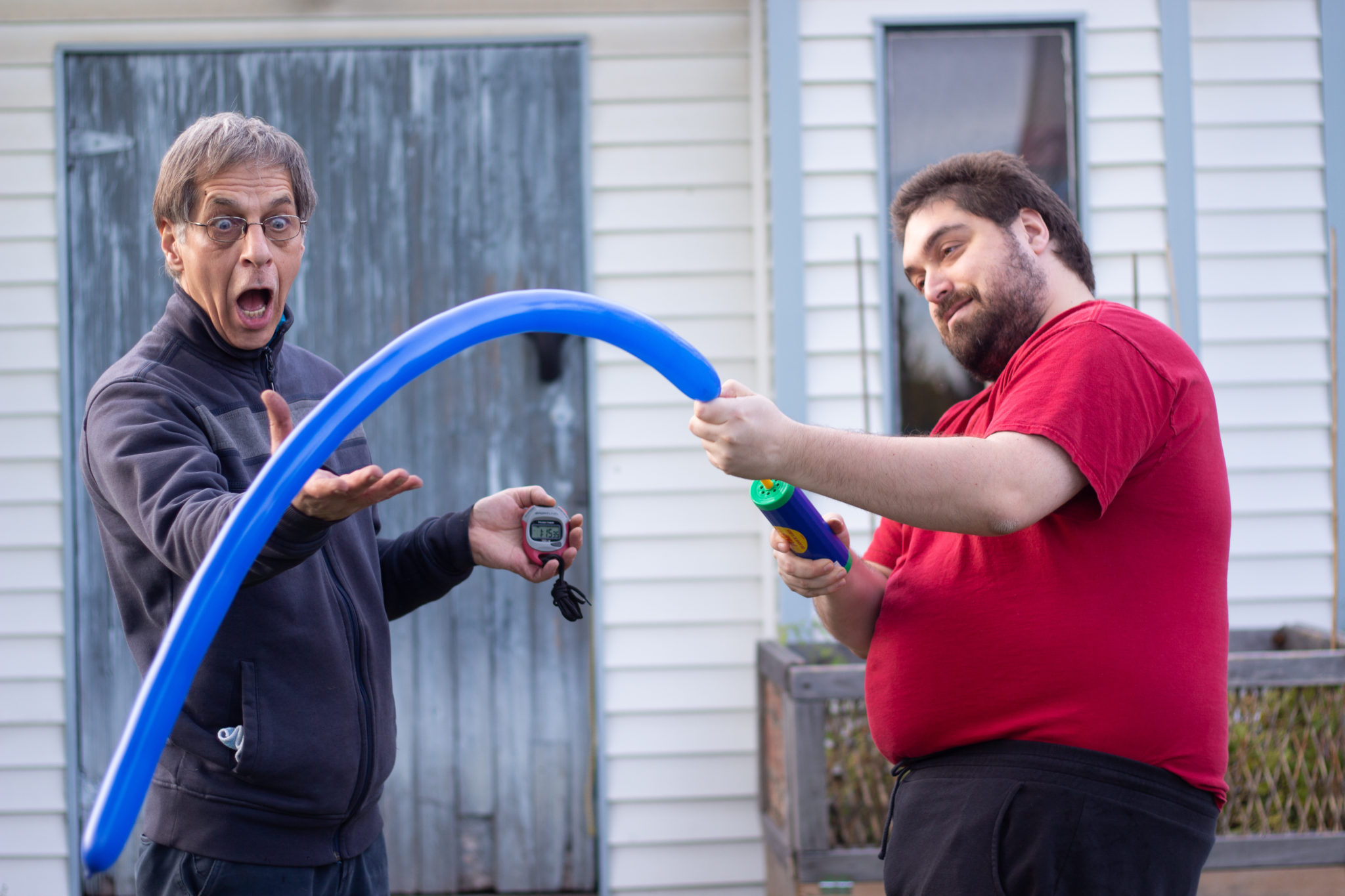 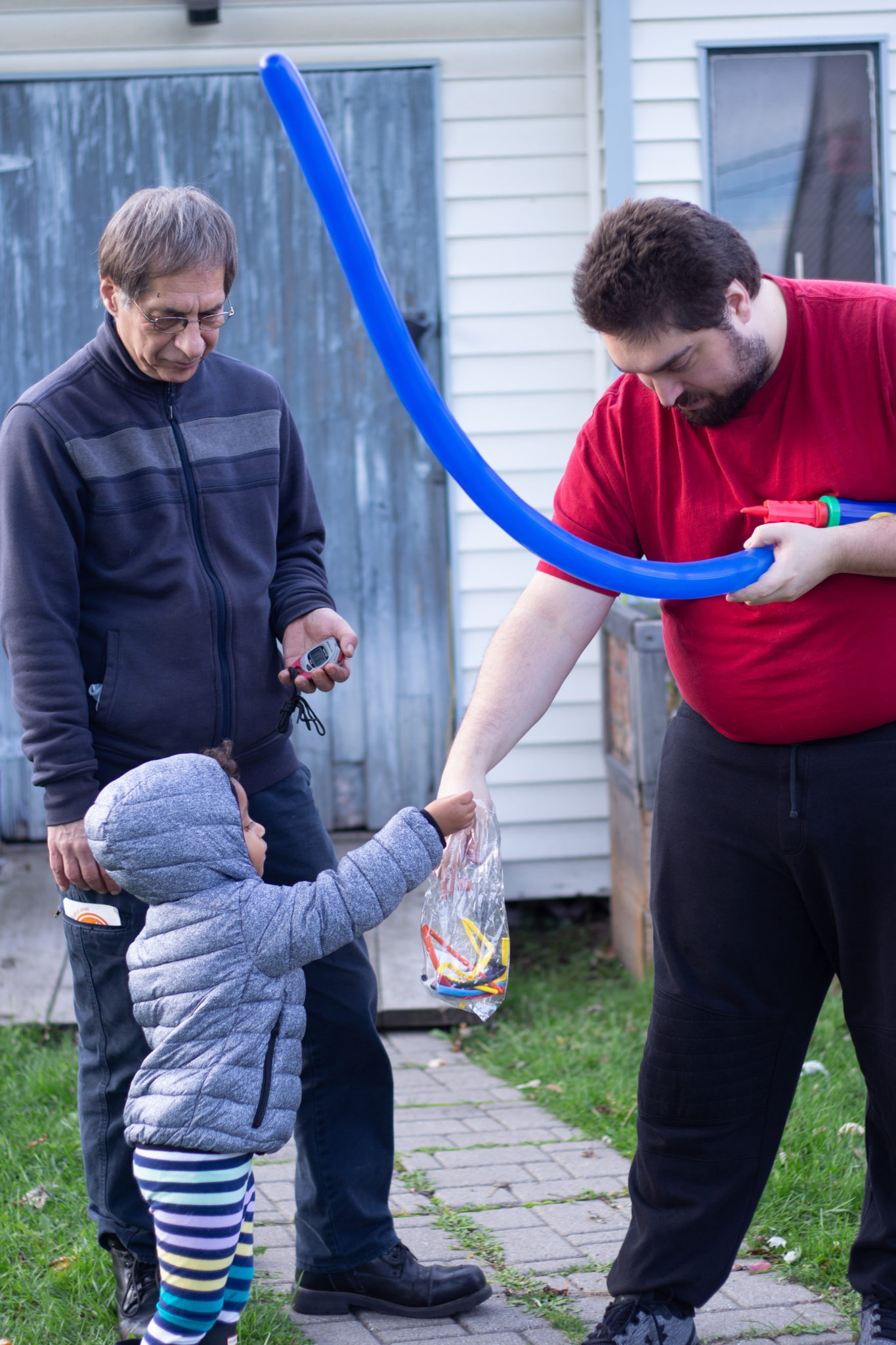 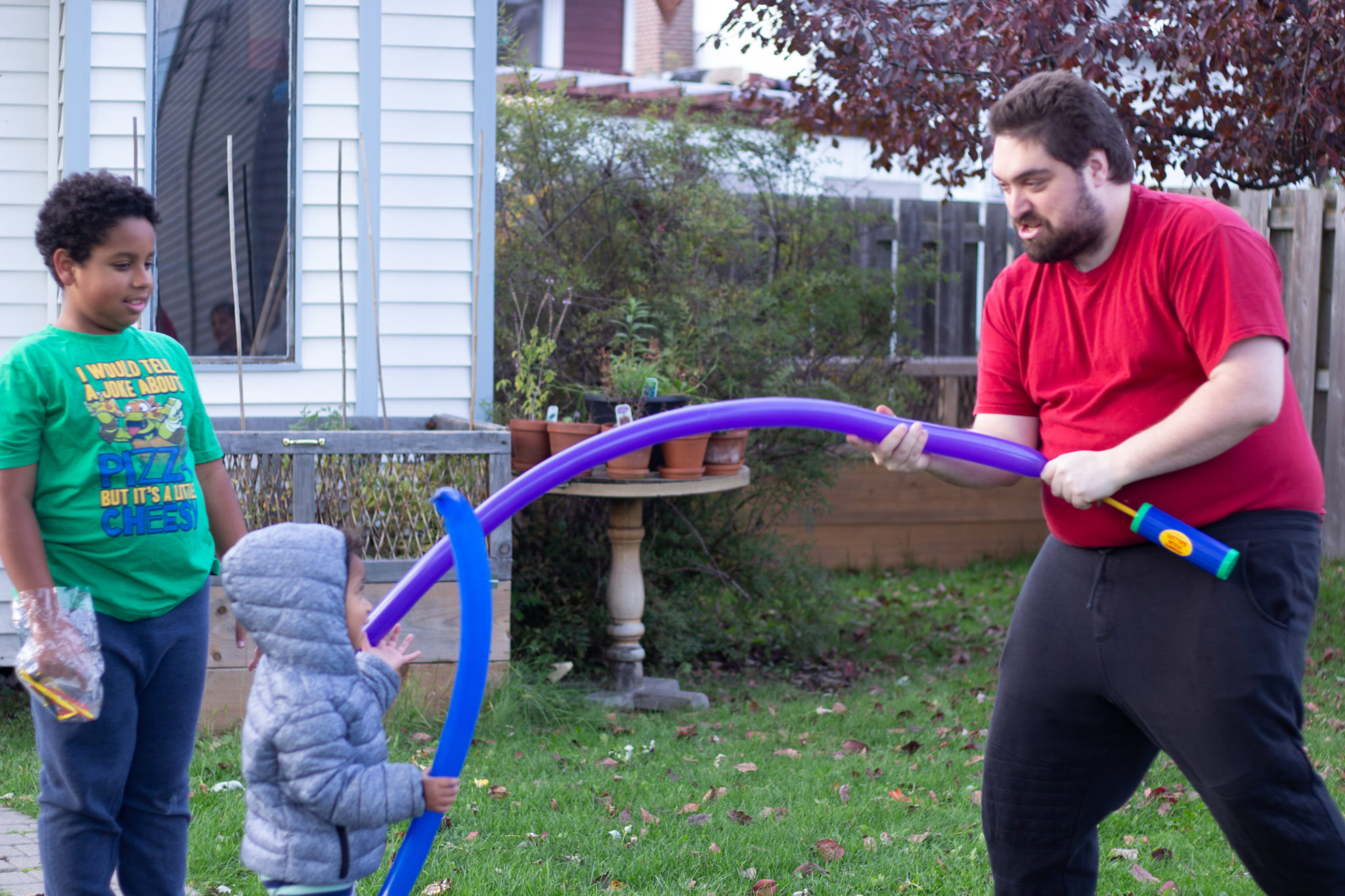 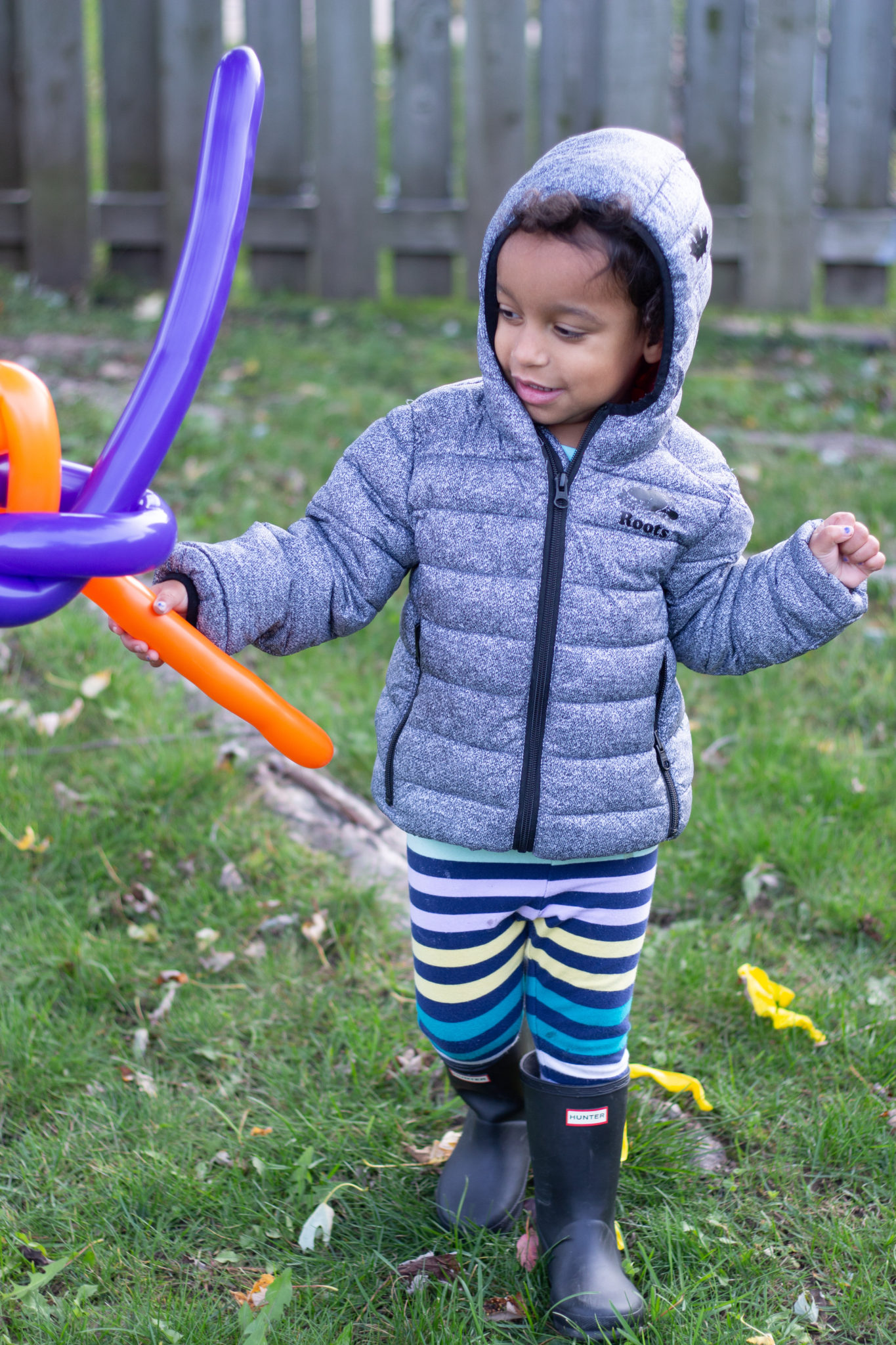 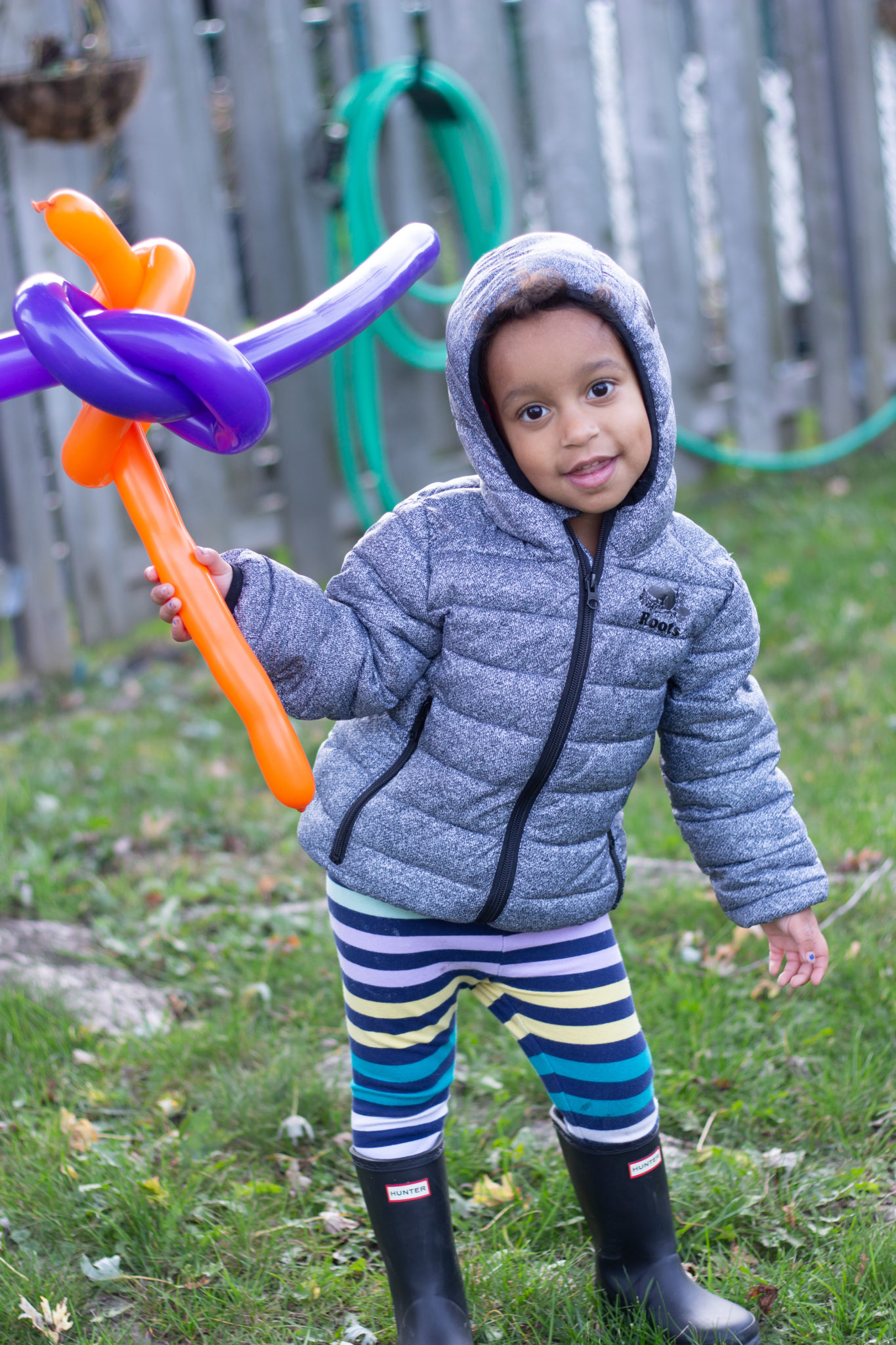 Guinness World Records is bringing family fun to the next level with the NEW 2019 Edition.  The pages of the famous Guinness World Records books are thumb stoppers filled with some of the world’s most entertaining, inspiring and officially amazing record breakers. This year Guinness World Records celebrates the “Maker” movement with a special feature chapter devoted to the inventors, dreamers, crafters and creators who devote their lives to amazing record-breaking projects such as the largest water pistol, a jet-powered go-kart and an elephant-sized hamburger (think you could eat a whole one!?).

Some of the other Do Try This At Home challenges include:

Our next family challenge will probably be the Paper Banger (looks simple enough lol) and maybe even the Origami Cube! Which one of these five challenges would you try with your family?

Although we weren’t able to create any animals using our balloons, we had a great time with our little friendly challenge. Setting or breaking a Guinness World Records title is never an easy feat. If at first, you don’t succeed, look for some inspiration then try again!

The Guinness World Records 2019 book is available now at various retailers throughout Canada.

Be sure to pick up a copy to see all the amazing record-breaking titles that made it into the Guinness World Records book. 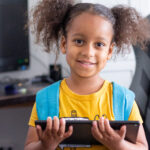 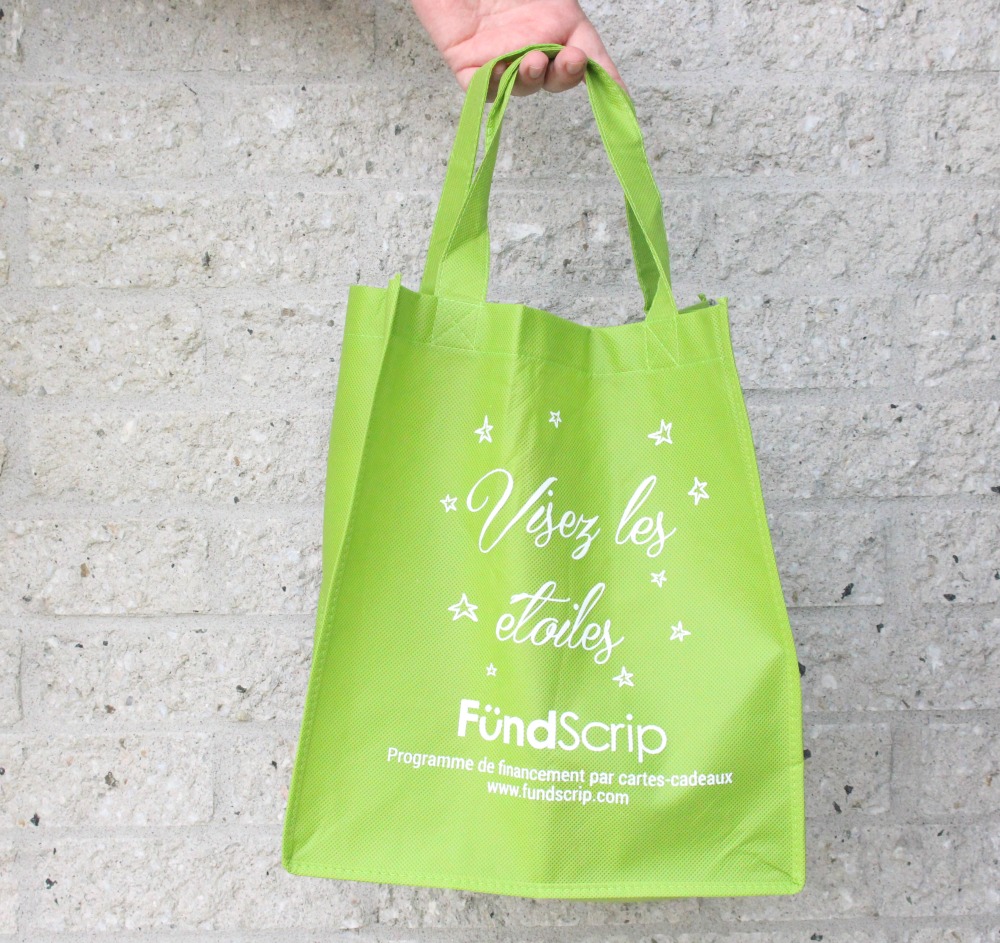 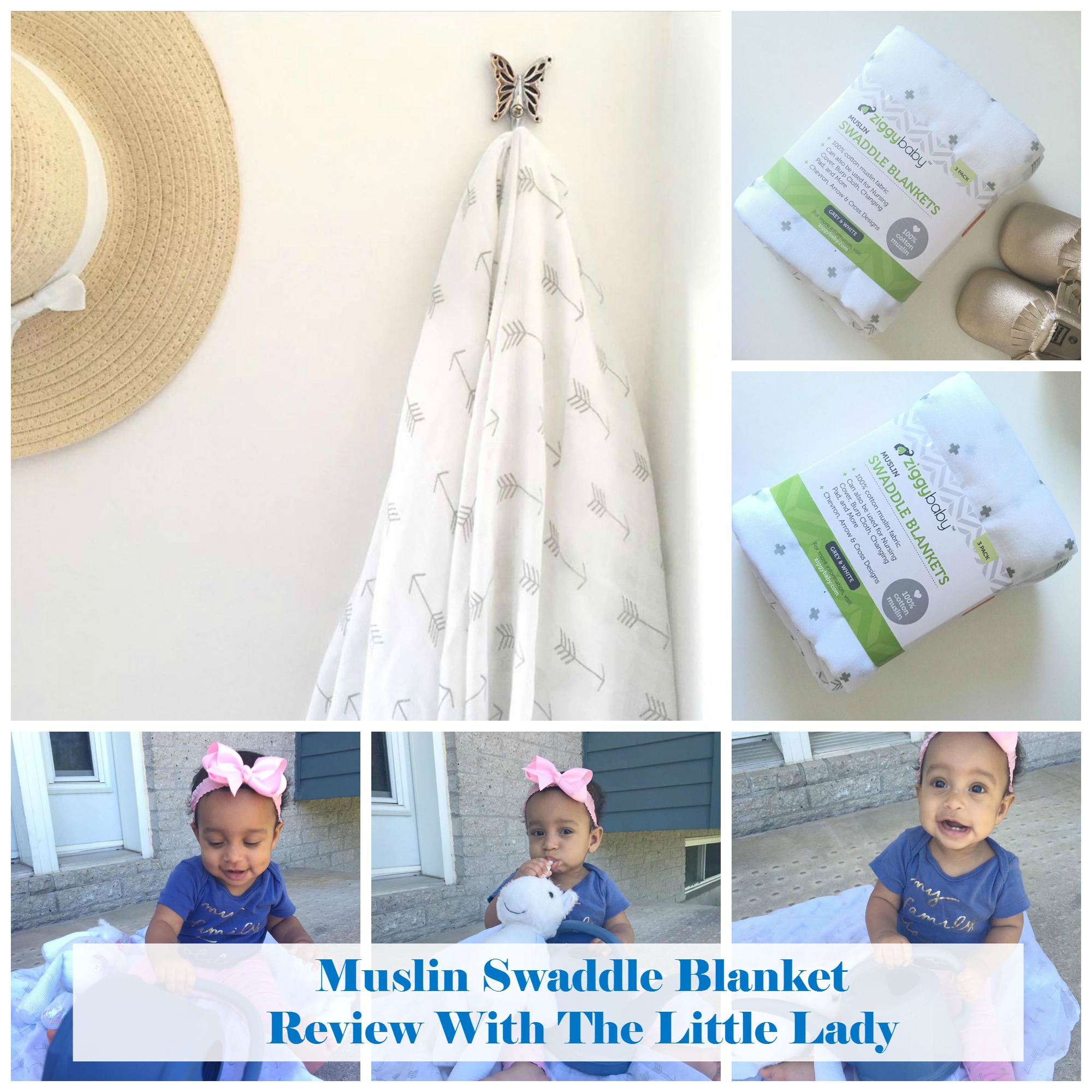